This weekend, the End is finally upon us. At least, that’s what some outspoken would-be prophets are saying about one upcoming astronomical event on September 27, 2015: the first occurrence in over thirty years of a total lunar eclipse of a supermoon. (The last eclipse like this occurred in 1982, the next is set to occur in 2033.)

One outcry has come from John Haggee, who has pointed to a specific passage in Joel 2:31–especially as it reads in the King James Bible–to claim that, at the End, “The sun shall be turned into darkness, and the moon into blood, before the great and the terrible day of the Lord comes.” 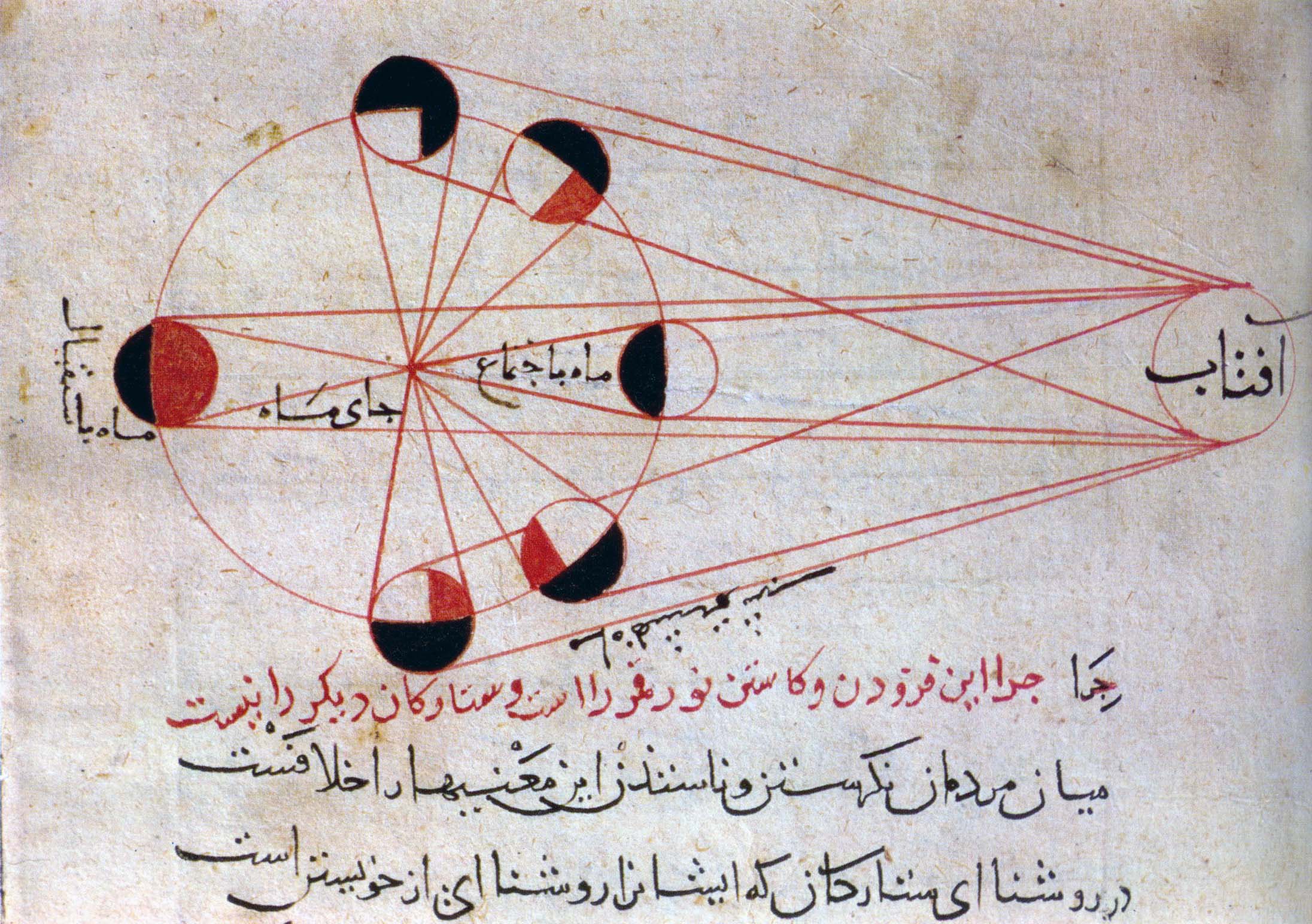 Illustration from an astronomical treatise by Persian polymath Al-Biruni (973-1048), explaining the phases of the moon.

But these types of predictions based on astronomical signs and portents are nothing new, and certainly much older than modern Christianity. In fact, we would need to look to sources from the ancient Near East to understand many of the roots of modern apocalyptic eschatology (apocalyptic being related to cataclysmic world events, and a certain ideological outlook; and eschatology being related to things related to the End, personally or cosmically). Many sources of this nature exist from early Judaism, early Christianity, and the medieval period–from which we can glean examples for this post.[1] For instance, in some of his scientific writings on time, the eight-century Anglo-Saxon monk Bede argued against others around him whom he saw as “heretics” for their continual insistence on counting dates and trying to discover the specific time of the Final Judgment. He was just one writer who rolled his eyes (and worse) when contemporaries tried to predict the specific date of the apocalypse to come.

While various scholarly arguments rage about whether or not medieval people looked to the year 1000 (or other dates) as the End, one thing is clear: Christianity was (arguably, it always has been) an apocalyptic religion with a stark eschatological outlook at its heart. Some Anglo-Saxons looked to astronomical events as part of their national history. And at least some authors saw the turn of the new millennium as a significant event. 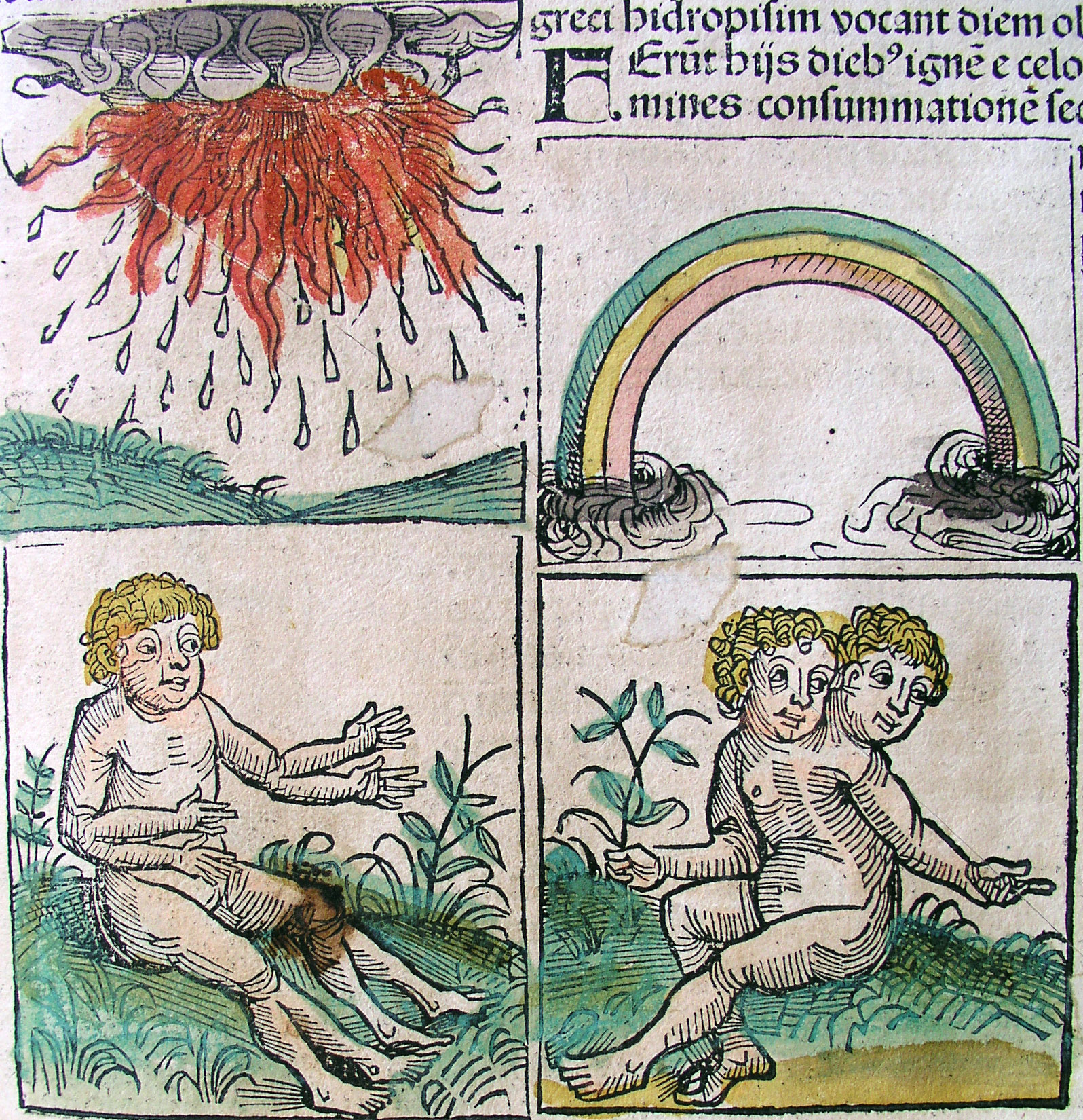 Illustrations of omens from the biblical history known as the Nuremburg Chronicle (1493).

Some Anglo-Saxons expressed apocalyptic eschatological urgency related to recent and contemporary events such as celestial signs and Viking raids. Tenth-century entries in the Anglo-Saxon Chronicle are especially telling.[2] Within the Chronicle, certain entries have extended accounts of major military, political, and social events, while other years have only brief references. Some of the most significant entries with astronomical events are a series of references to comets in 892, 905, 975, and 995. One representative is found in the entry for 975:

It appears that astronomical signs of the times have been touted out by apocalyptic thinkers for a long time. It might even be that Anglo-Saxon authors behind these entries in the Chronicle might have been worked up because of an event like a supermoon eclipse. In any case, if the earth has survived strange astronomical occurrences in the past, we can at least hope that we will also survive our upcoming event.

[1] For an excellent overview of this subject, see James Palmer’s recent book, The Apocalypse in the Early Middle Ages (Cambridge, 2014).

Check out my author profile & books on